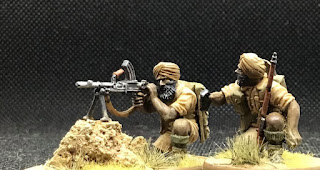 Bolt action has been my favorite game since I first time tried it way back 2013. Since that I've painted some ten plus armies for the game. So I really don't need any more to play the game, but that's not the point at all. I love painting minis especially historical ones and that drives me to paint army after army. Some which I seldom play. I have long time planned to make proper desert war army based on regular foot sloggers, and Indian army mainly based on Sikh -troops was my choice. Bit different and yet very same proud British infantry. And when Warlord games launched new plastic boxes for desert war everything I needed was there. When the order of plastic box of 8th army with support and Indian pattern armored car arrived, I started working 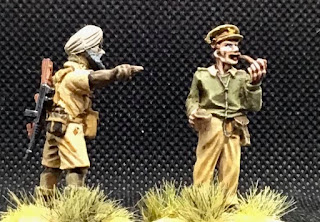 early July. This is first set of troops painted.
At first, every army needs a commander and he is stoic Sir Archibal Armitage-Shanks, with his second in command. 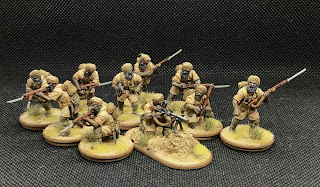 Then two sections of brave Sikh infantry armed in -42 manner, but will pass also earlier periods just by leaving out SMG's and replacing with sergeants with rifles. 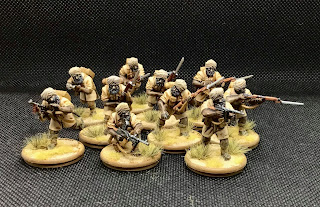 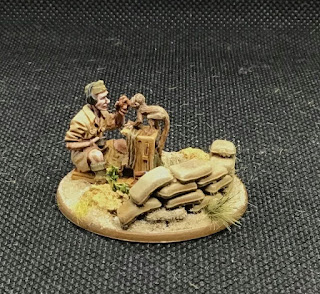 I like to build my squads, or sections pretty identical, just for the ease of game. So there's only minor changes in equipment, mainly number of SMG's.
Radio operator to keep in touch with HQ and artillery support. 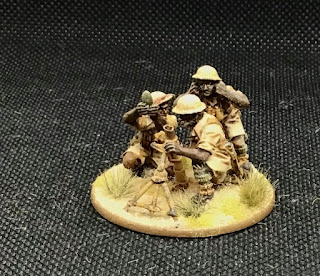 Medium mortar is must for all infantry platoon. 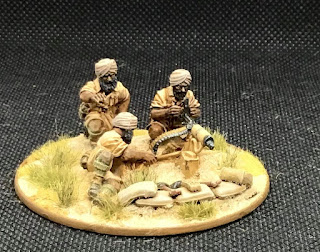 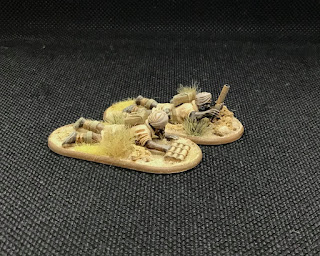 Light mortar would also come handy in some instances. 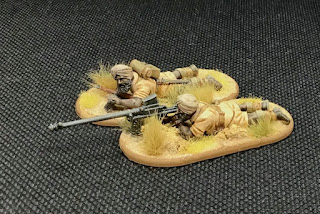 AT rifle to boost the moral of the boys, though bit out dated against German armor in -42. 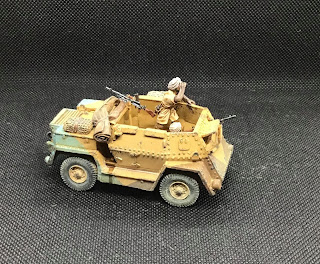 And then first vehicle Indian pattern armored car naturally. This is not the last vehicle to be but more of those in next post.
Lähettänyt Juha klo 1.32