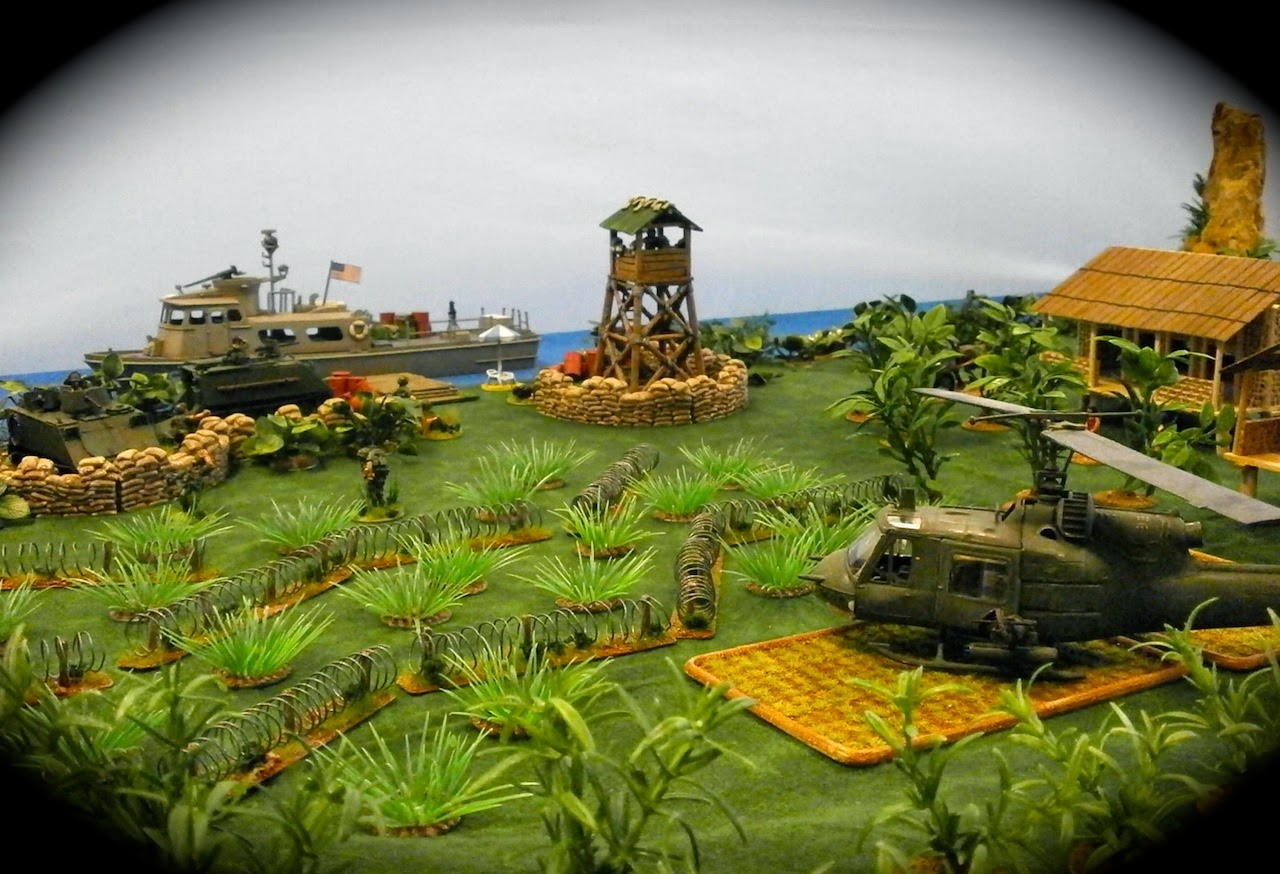 Preparation for Ropecon 2014 continued as we set the scene for our Force on Force demo game. We gathered scenery and did some planning for forthcoming game. After setting the table up I was really astonished it will be eye candy! Scenery has been prepared gradually during years by fellow club member and its really worth seeing.

The game will be set on Rung Sat Special Zone, where Marines and Navy are running joint operation against guerillas, somewhere up the river. Navy SEAL operators have just captured local person in order to transport him by boat back to US base for questioning. While SEALs approach rendevouz point on the riverbank US Marines have set a defensive perimeter to provide security. But VC and NVA don't want the person to go and they are approaching...

So the scene is set and basic scenario has been devised, come to see will you be able get the suspect in the boat!

Here's some more of the same, fellow club member Mika's blog. The man who has made the scenery!

Here's some teaser pictures of the table.