While my Marine painting project marches on we have started playing games in Pacific theater between Imperial army of Japan and US Marines. Few first games have been fairly small in size, only few squads of infantry and some support weapon teams. We have added freshly painted units when they get ready, so last time I got to field Sherman support for my Leathernecks. Little gaming during armies are building up keeps up painting heat and gives nice boost for new phases of the projects. Today, I started planning ordering some landing crafts, just to have some landing and beachhead scenarios to give some spice for normal scenarios. Yes the order will be done soon. 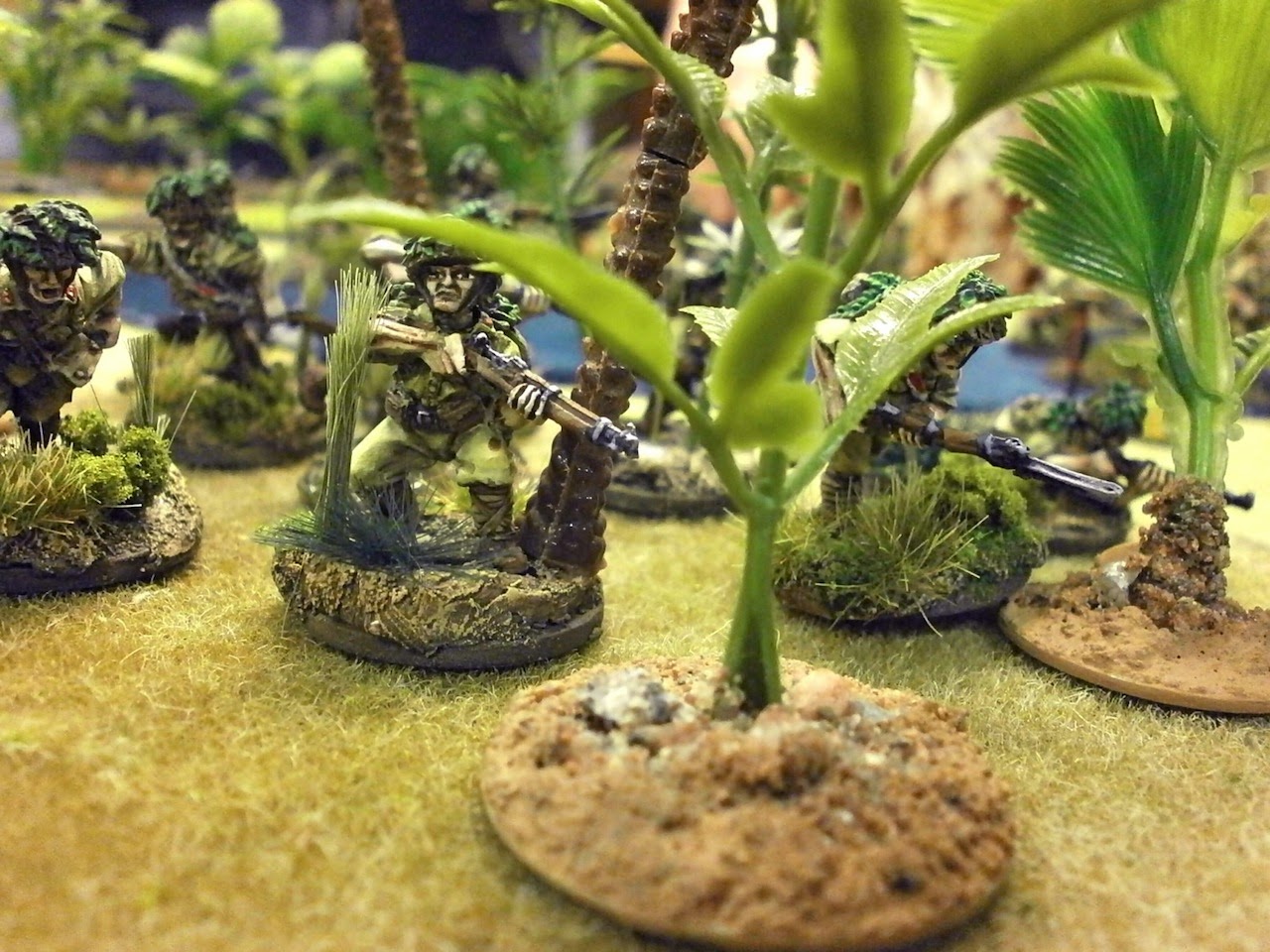 Pacific theme sets different gear for Bolt Action games, when compared to ETO games. The scenery tends to be more dense, so there's a lot of movement and fire fights happen at close range. There are tactically very different armies facing each other. Japanese are very aggressive and good at close quarters, so Marines should be very careful not get attacked suddenly from the bushes. On the other hand, Japanese should avoid prolonged fire fights with Marines, who pack quite respectable firepower, with their automatic weapons. At first, US tanks seem to dominate battle field, but after meeting suicide bombers from Japan, you have to reconsider. Human bombs are so powerful. And off course, there is those interesting landing games ahead. So after fielding Germans for some time, it's good command tough Leathernecks against fanatic warriors from the land of the rising sun. I'm inspired!

Here's some combat shots from our first fights.

There will be more painting and I have also started devising mini campaign about US landing on small island and hard fighting for beachhead. More new miniatures to be presented soon...
Lähettänyt Juha klo 11.34