When you do 40K you should do in style and feeling.
Late last year we had great weekend campaign of WH 40K with War Head crew. Here's the AAR from the last deciding fight of the campaign from War Head blog. 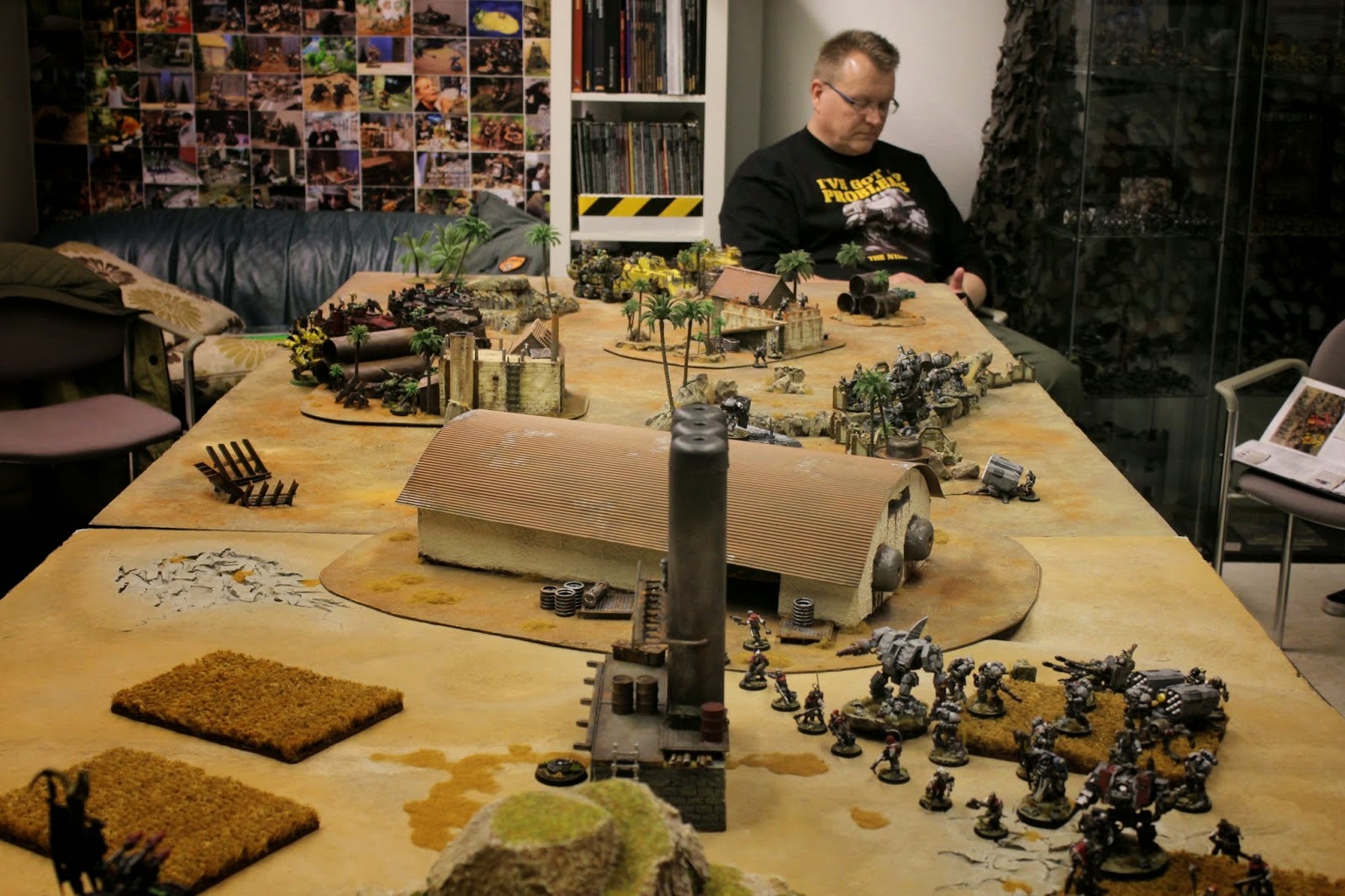 We revitalized age old Storm of Vengeance campaign from nineties into modern age and fitted it into recent 40K rules. The fight was two day mini campaign with five escalating battles altogether.  I did small feature of it previously and this can be found in the post Through the Storm of Vengeance. The whole campaign was one of the best gaming experiences of last year. Starting from a weekend of building themed terrain and preparing some new fluffy units for the games. War Head main man Teemu adapted the old campaign rules into 7th ed. 40K rules. Should do more of this in the future.
Lähettänyt Juha klo 0.53