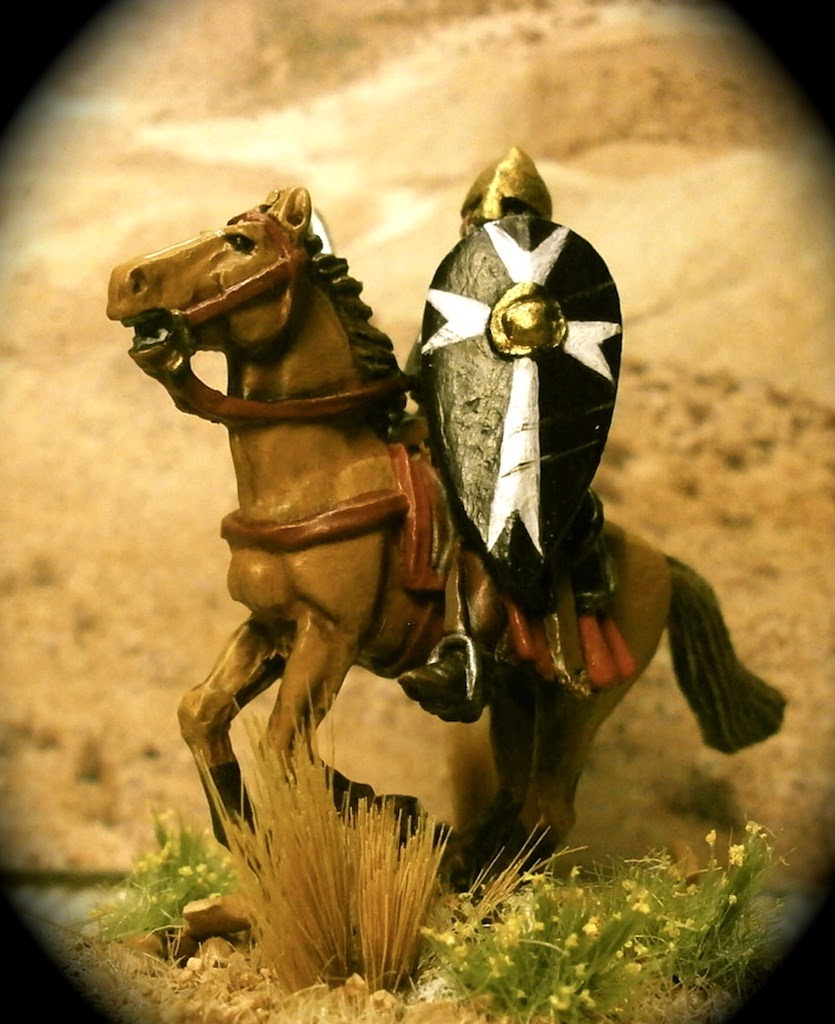 Gaming approaches as we are about to start our Crescent & Cross campaign Holy land on the club. The start will actually be a game of Deus Vult. Bigger game involving miniatures from four five players. The continuation of the campaign will be with SAGA rules. And the last fight once again is played by Deus Vult.

So for that I've been painting crusaders for SAGA as well as for the greater fights. Now I have few armies for SAGA and fairly sizable for Deus Vult. This time it was ready my leaders for vanguard division and main Hospitaller force.

I also got ready some Byzantine light cavalry who will join Turcopoles in the big fight. I know not really historical but we need them.

And finally the king himself, Richard I. The king is special issue figure, but I really don't remember the occasion. Anyway it's nice model.
Ready for the forthcoming campaign...